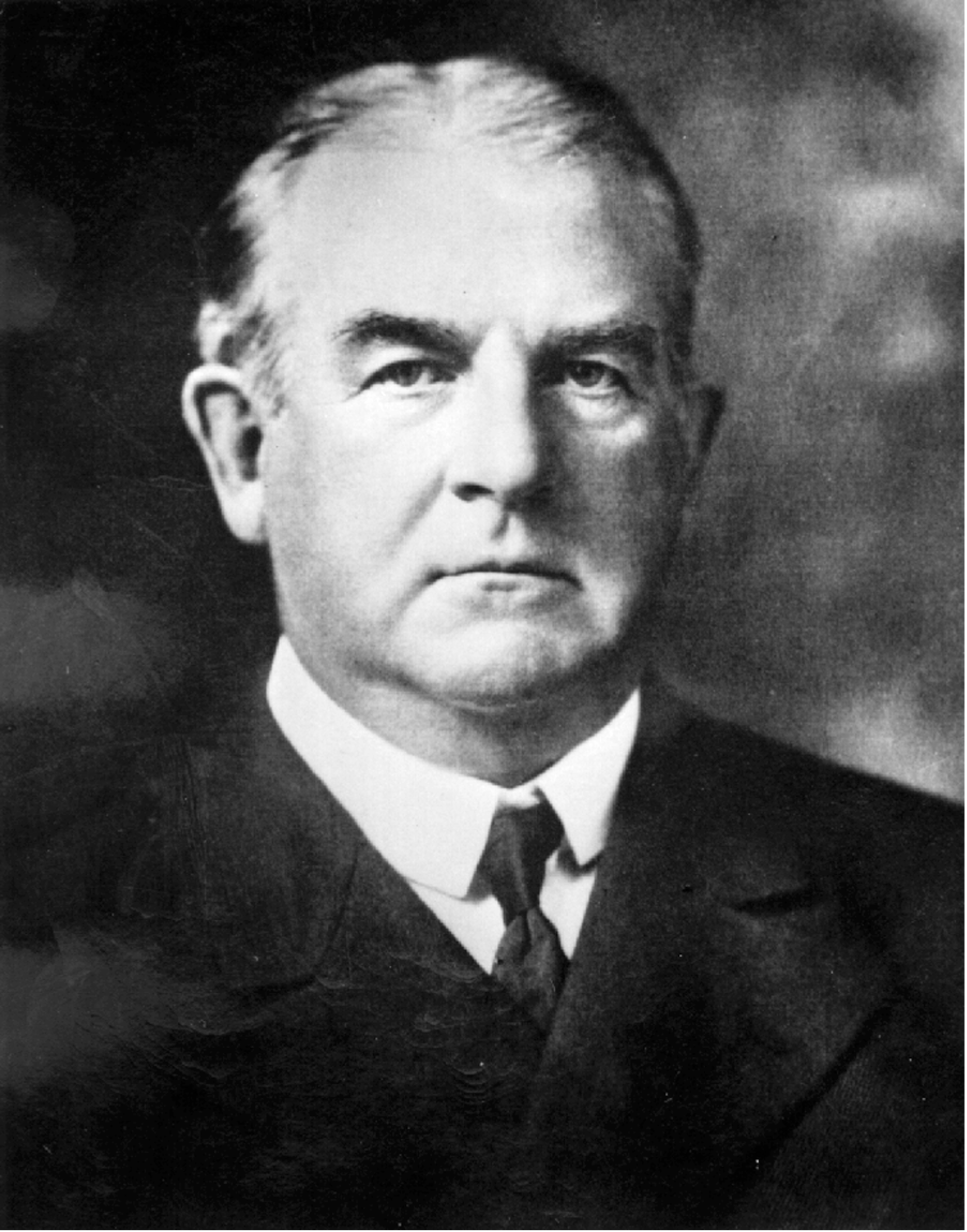 ALBERT GOODWILL SPALDING (Deceased September 9, 1915 at age 66) crowded many things into his life. He was born in Byron, Illinois, in 1850. In 1863, the family moved to Rockford, where he finished his schooling in a commercial college and got his first job in a grocery store. Spalding’s interest in baseball stemmed from his contacts with the Forest City Club of Rockford. His skills as a pitcher got him many well-salaried offers from major ball clubs, but since he was only 17, his mother advised him to continue his business career.

His efforts to stay in the business world and away from baseball earned him seven successive connections with firms that failed. Although he had nothing to do with the failures, he was mortified by the experience and returned to baseball. The rest of his life and business was sports-related. From 1871-75 he pitched for Boston, and during that time he toured England with two teams of picked ball players. In 1876, he went into business with his brother, J. W. Spalding, on a capital of $800. By 1898 the company had gone into the wholesale business and was building a chain of retail stores.

In 1900 the purchase of the Lamb Mfg. Company of Chicopee Falls, Massachusetts put Spalding in the manufacturing field. A.G. Spalding and Bros. was now established as a major sporting goods house, both making and retailing merchandise, in foreign counties as well as in the United States. The Spalding Company pioneered in the manufacture of many sporting goods items that had formerly been imported.

Perhaps the highlight of Mr. Spalding’s activities in the sports world was the Grand World Tour he made with the Chicago baseball club and an All-American team made up of chosen members of National League teams, which introduced America’s own game to 14 countries and five continents. At the time of his death in 1915, A.G. Spalding was president of a company that was spoken of as “the most famous of its kind in the world, and the dominant factor in that business on the American continent.” He is remembered as a man who contributed immeasurably to the development of baseball on a legitimate business basis as well as a sport fair to both participants and spectators.