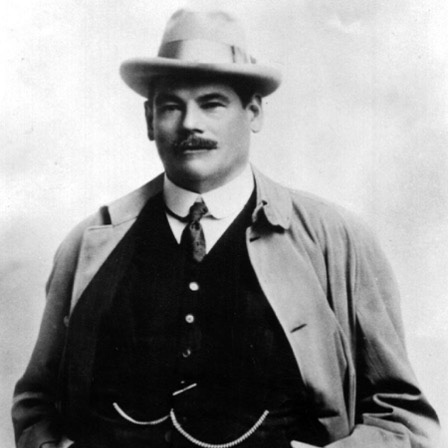 ARTHUR W. SAVAGE (Deceased September 22, 1938 at age 81) is best known to sportsmen as the founder of a company that became one of the world’s largest manufacturers of a diversified line of sporting firearms. He invented and patented in 1893 a revolutionary hammerless, lever action, big-game rifle. Well over a million rifles have been built to his basic design and it is still going strong. The Savage 99 – as it is now known – was one of the first sporting rifles designed for use with smokeless powder.

This is not surprising, since Arthur Savage was a pioneer in promoting the potential of smokeless powder in sporting rifles chambered for relatively small caliber bullets propelled at high velocity. Arthur Savage was a sportsman, world traveler and mechanical genius with many inventions to his credit. The most enduring of these is the rifle that harnessed smokeless powder for sporting rather than military use.