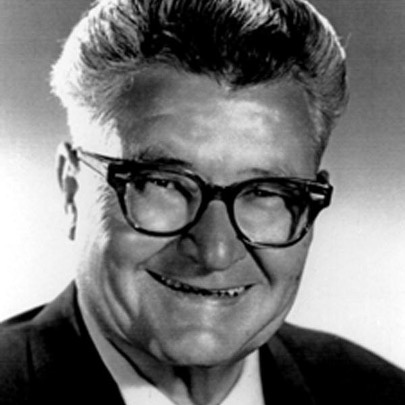 When BEN PEARSON (Deceased in 1971) was a young man in Little Rock, Arkansas, he read a Boy Scout article by Dan Beard that gave instruction on how to make a bow. Using a piece of hickory and a drawknife, he patterned his first bow. This one simple project became Pearson’s passion and would eventually lead to the industry’s first mass production of archery sets beginning in the late 1930s.

After opening a small shop in Pine Bluff, Arkansas, in 1932, Pearson and two helpers began making bows and arrows. His dream was to mass produce affordable archery tackle. A short time later, Pearson met Oklahoma oilman Carl Haun, who recognized Pearson’s talents and advanced him $10,000 to equip the kind of plant needed to begin mass production of archery sets. The first real factory for the newly formed Ben Pearson, Inc., was an old brick sorghum mill. Pearson engineered, designed and patented most of the machinery to mass produce the first archery tackle. He then innovated the molded fiberglass bow that was sturdy and economical, because it was produced on multiple presses many times faster than wood or laminated bows.

Within a few years, the sign over the building read, “World’s Largest Manufacturer of Bows and Arrows of Excellence.” The facility had grown to 10 buildings, employing more than 260 people. By 1945, archery sales had reached a peak of $1.7 million, and the number of employees had grown to more than 600. Ben Pearson and his dreams of mass-producing archery gear eventually brought archery to the every-day consumer through stores like Sears & Roebuck, the neighborhood variety store, sporting goods stores and general merchandise stores. Pearson tackle was also introduced in Europe, Australia, New Zealand and China.

His interest in developing archery equipment continued over the years. Other products included the “Dead Head” broadhead, target and blunt points, fishing points/arrows and various take-down bows, including his last, a customized three-piece take-down designed from his Bush Master line. Often referred to as the “father of the modern archery movement,” Pearson is credited with designing or directing the development and application of archery manufacturing machines, including the wing trimmer, splice machine, barrel shaft sanding machine, handle wrapper, tiller machine, bow sander, cresting machine, knurling machine and target machines.

His love of archery and bow hunting was as apparent in the design and production of archery tackle as it was in the area of promotion. Pearson’s outgoing personality and gifted shooting skills made him a favorite at competitive events and exhibitions. He traveled the U.S., Mexico and Canada to promote archery through films, hunts and exhibitions. Called the “master of the moving target,” he shot for audiences from 10 to thousands, including TV viewers, civic groups and the Boy Scouts. In two of his famous hunts, Pearson was filmed shooting an 800-pound grizzly bear and a short time later, a 1,500-pound polar bear. At that time, both bears were the largest ever taken with a bow and arrow.

Ben Pearson had many diversified interests beyond archery. He was on the Pine Bluff school board, active in the Rotary Club and was on the Salvation Army board of directors. He also was involved with the successful development and manufacture of cotton harvesting machines that were widely distributed around the world.