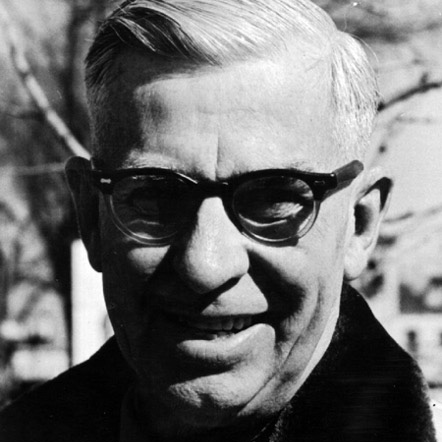 By making it possible for coaches and trainers to purchase training supplies through sporting goods retailers, CHARLES (Chuck) CRAMER (Deceased August 15, 1984 at age 91) and FRANK CRAMER developed a new branch of the sporting goods industry, which added millions of dollars to the sporting goods business. The Cramer story actually began in 1912 when Chuck, then a student at the University of Kansas, sprained his ankle while practicing pole vaulting and was ordered to return home. While sitting around with another pharmacy student, Chuck decided they could mix a liniment that would help the ankle. The mixture worked so well that Chuck was able to compete and win this pole vault event the following weekend.

Six years later, while working in a drug store, Chuck remembered his liniment and wondered if there was a market for it. He made a batch and approached the athletic people in his area. Quite a few coaches and trainers tried it and all become enthusiastic about it. The liniment became a good seller, and Chuck began sending quantities of it to Frank, who was selling building materials in Detroit. It sold well in the East, too, and a business was born. The company was incorporated in 1922, with Frank staying in Detroit to handle Eastern sales. In 1928, at the suggestion of Charlie Bachman, football coach at Kansas State College, Chuck visited Knute Rockne, famed head football coach at Notre Dame, and he tested the material and became a big supporter of the Cramers.

In addition to starting a whole new branch of the sporting goods industry, the Cramers and their company have performed many continuing services for their industry, including such activities as their “Student Training Course” and “First Aider,” which educated the athletic world to better care of and treatment for athletes.

Three Cramer books are used as basic texts for courses in athletic training in more than 680 colleges and universities. In 1950 Chuck and Frank organized the National Athletic Trainers Association, and for four years they underwrote the expenses of this group, which now has more than 800 members. Dating to 1936, Frank was a member of the committee for the selection of trainers for the Olympic Games and the Pan-American Games.

Of all their accomplishments, Chuck and Frank were most proud of their participation in the National Sporting Goods Association. Chuck attended the organizational meeting in St. Louis in 1929 and at least one of the brothers was at every annual meeting since. They supported NSGA year after year and were wise counselors to many young firms starting in business.