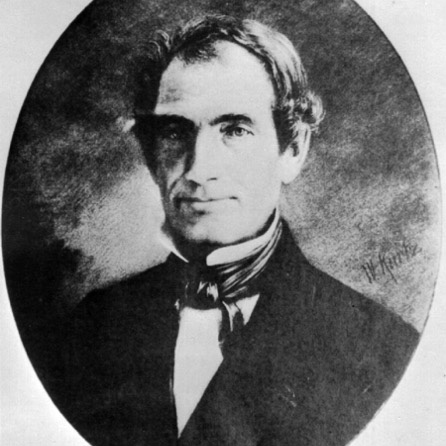 The work of ELIPHALET REMINGTON II (Deceased August 12, 1861 at age 67) made a significant contribution to America’s 19th century history. He was born in 1793, to parents whose origins lay in Yorkshire, England. At 23, he hand-made a revolutionary sporting rifle. The gun received such an enthusiastic response that Remington decided to manufacture it in quantity and formed the firm of E. Remington & Sons, which he headed until his death. By the mid-1800s the gun had become immensely popular with American sportsmen and was one of the standard guns used in what has been called “the winning of the West.”

The company continued to grow and to develop its product and gradually began the manufacture of other sporting goods items, such as bicycles. At the present time, the company is known as the Remington Arms Co., Inc. Through Mr. Remington’s craftsmanship in gun making and his initiative in commerce, what began as a one-man enterprise has become one of the world’s leading manufacturers of sporting arms. Before the Remington Company was formed, American sportsmen relied upon foreign sources for the majority of the sporting guns they used. The production of a rifle within the reach of men who wanted and needed a good gun changed the picture permanently.