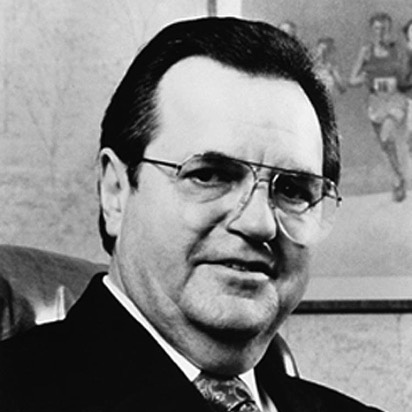 A Midwesterner, FLOYD HUFF started his career as a salesmen at a Kinney shoe store in 1960, was promoted to assistant manager in 1961 and store manager the following year. He managed five different stores in Illinois and Indiana, posting sales and profit gains in each. In 1972, he was promoted to District Manager. In 1976, Huff was promoted to Director of Foot Locker, at which time there were four stores. His responsibility was to develop and expand the fledgling chain, and he did so, running the company from his home for the first year-and-a-half.

In 1977, Huff moved to Foot Locker’s home office in New York and was promoted to General Manager, with total responsibility for all aspects of the company, including real estate, marketing, personnel, P&L and buying budgets. In 1980, he was named vice president and General Manager and in 1982 he spearheaded the opening of Lady Foot Locker.