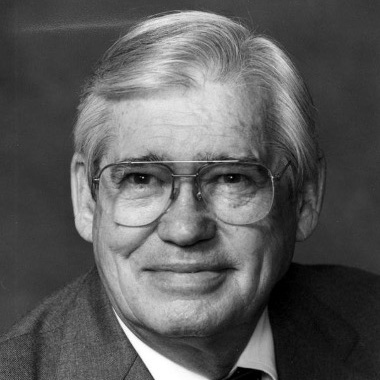 GEORGE W. “BILL” HARDY (Deceased April 13, 2017 at age 97) has been credited with many contributions to the sporting goods industry during his career at Russell Athletic, including:

Hardy also was instrumental in the development of the football pad operation at Russell. He was a member of the SGMA Athletic Clothing Committee to set standards for athletic colors in the athletic clothing industry. He grew up in Alexander City, Alabama, Russell Athletic’s home city, where he played high school football. He was a scholarship football quarterback at Western Carolina University for two years. After serving four years as a B-29 flight engineer during World War II, Hardy earned his degree in business administration from Western State College in Gunnison, Colorado in 1947, and immediately entered the sporting goods industry with Russell Athletic.