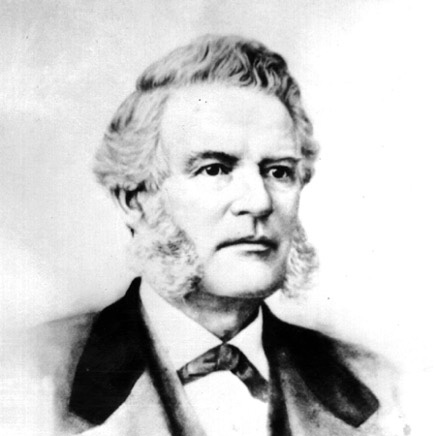 HARRISON HARWOOD (Deceased) broke new ground in baseball construction and manufacturing. In 1833, when our national sport was still in its infancy, Harwood, a 19-year-old, developed a love and continuing interest in baseball that never wavered. He may have known that baseball had all the elements to capture the imagination and hold the enthusiasm of a sports-minded nation. In 1858, he formed a partnership with his three sons and thus was born the first plant in the world for the manufacture of baseballs.

Until that time there was no standardization at all of baseballs. They were fashioned from any material that was handy and sized by guesswork. Under his direction, H. Harwood and Sons conceived the idea of winding the yarn around a center core under tension and his company invented the first winding machine for this purpose. To provide uniformity in baseballs, they designed the figure eight pattern still used today. Later they became the first and only company to manufacture the double-cover baseball.

By 1875, the Harwood Baseball was the official baseball, and it was being manufactured in exactly the same size and weight as the official league baseball of today. In designing and building a superior baseball, Harrison Harwood had laid the foundation upon which a great segment of the sporting goods industry is built, and for this he was elected to the Sporting Goods Industry Hall of Fame.