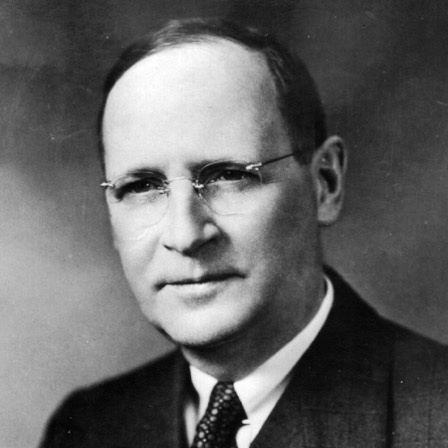 Untiring interest in the field of conservation marked the career of IVAR HENNINGS (Deceased in 1950). Born in Sweden in 1883, he was brought to this country at the age of 10. He entered business after completing his grade school education and later came to be recognized as a leader in the improvement of natural resources, especially fish and wildlife. His efforts in business were rewarded in 1911 when he assumed management of what was then the South Bend Bait Company in South Bend, Indiana. The company later became the South Bend Tackle Company, and at the time of Mr. Hennings’ death, was one of the largest in the tackle industry.

Ivar Hennings is most remembered for his work in organizing the tackle industry and promoting good fishing legislation and practices. He was instrumental in organizing the Sport Fishing Institute and the Associated Fishing Tackle Manufacturers, and was an active member of the AFTM until his death. Governor Ralph Gates of Indiana appointed him to the Indiana State Conservation Commission in 1945. He also held an active membership in the Izaak Walton League from its inception, serving as state president. Through these associations, he was able to work for development of improved fish hatcheries, important pollution legislation and restoration of vital marsh lands.

Mr. Hennings was also instrumental in legislation of the Dingell-Johnson Act, which diverted the excised tax on fishing tackle to the development of better fishing, benefiting the industry and the sport throughout the nation. His lifetime interest was a devotion to the preservation of our natural resources for the future benefit of the youth of America.