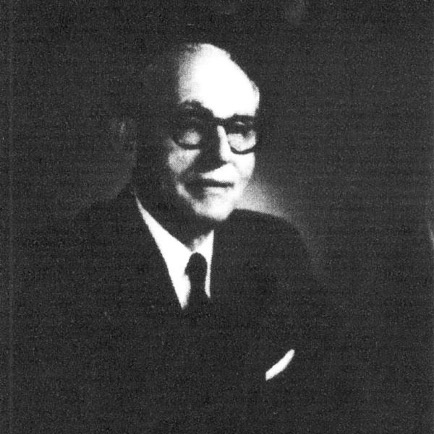 JACOB S. OSHMAN (Deceased April 30, 1965 at age 64), an immigrant boy who arrived in America at age 11, started learning the retail business in 1919 working in his aunt’s dry goods store. In 1931, he purchased the bankrupt stock of a surplus store in Houston. While liquidating the inventory he was intrigued to see sporting goods sold the fastest. The spark was lit and Jake Oshman’s extraordinary love story with the sporting goods business began.

From that liquidation sale until his death in 1965, he was obsessed with a dream to create a business that would live after him. The success and leadership he provided during those 33 years are both an inspiration and a legacy. A superior merchant, he possessed a rare sense of what people wanted. He greatly admired major department chain stores and applied their ideas and techniques of “open merchandising” to the sporting goods business.

He knew customers wanted to touch and feel the merchandise, so he gave them direct access to it. He organized Oshman’s stores into departments, with department identification and department heads. He positioned Oshman’s among the first sporting goods stores to offer charge accounts. From that credit list, he developed mailing lists that led to the development of Oshman’s direct mail catalog, which became a model for the industry. He was one of the nation’s first merchants to combine sportswear with sporting goods.

Of singular importance was his willingness to graciously share his knowledge, experience and understanding. His counsel was sought by the National Sporting Goods Association and its directors for the betterment of the industry and the benefit of other retailers. He shared Oshman’s Christmas catalog experience with NSGA members who could not have otherwise produced one individually. Most of Mr. Oshman’s philosophies on merchandising, service and quality in the sporting goods business were so sound that they are as applicable today as then.