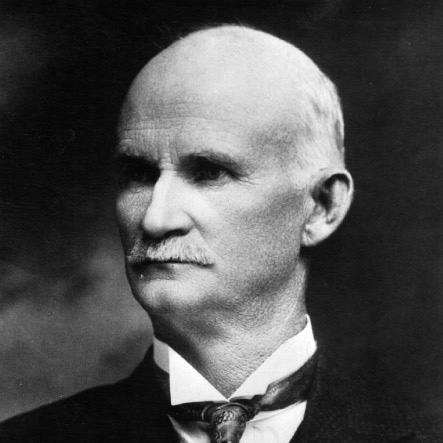 The groundwork for JOHN M. BROWNING’s (Deceased November 26, 1926 at age 71) accomplishments in firearms development was laid while he was still a boy. His father was a successful inventor and owner of a small repair shop in Ogden, Utah. John helped his father with gun repairs from the time he was 10, and before he was 20 he had made his first gun from the scrap he found around the shop. Mr. Browning acquired his first patent in 1879 when he was 24. The model became the famous Winchester Single Shot Rifle.

About this time, John and his brother Matthew established the Browning Brothers Sporting Goods store in Ogden. The store was the forerunner of today’s Browning Arms Company. Since the day of the first patent, John Browning developed and made available to sportsmen and the industry 21 distinct firearms models, including rifles, shotguns, and pistols. Many of these were the first of their type, and most were considered the best available.  The impact of Browning’s work in the sporting arms industry can be appreciated when one realizes that many present-day models are basically Browning designs.

The discoveries he made were not restricted to his own company but were made available to the industry as a whole. As a result, the majority of his inventions have been manufactured by many companies. Upon his death, the Honorable Dwight F. Davis, Secretary of War at that time, paid tribute to Mr. Browning’s work in the development of automatic firearms and attributed much of the army’s military efficiency to the excellence of his work. Modern sportsmen enjoy the use of equally efficient firearms that pay tribute every day to the ability of John M. Browning. Perhaps he would enjoy this more than the compliments paid him by Mr. Davis, since his first love was the sport of shooting and hunting. Only in time of necessity did he turn his efforts to weapons of war.