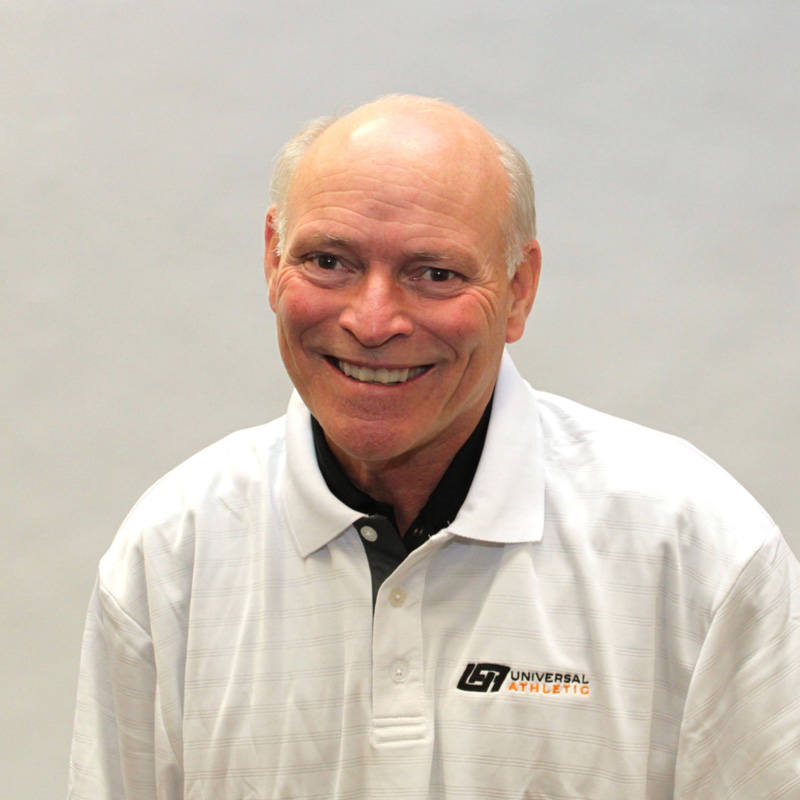 In 1971, at the early age of 24, LARRY AASHEIM and his friend Dick Harte boldly set out on a new business venture. The partners wanted to provide high-quality, specialty sporting goods for Montana’s young athletes. With little resources and manpower, they began driving around the state of Montana trying to get sporting goods orders from high school and college athletic programs.

Forty-five years later, that “backseat” startup has become Universal Athletic Service, a regional sporting goods company headquartered in Bozeman, Montana that calls on and provides services to every school and college in nine states in the Western United States. Universal Athletic is considered the largest independent team dealer in the country.

Aasheim was officially the first employee of the company, making the very first sale. In the early years, he worked in all facets of the company but emphasized school sales. As the company grew, he took on management duties, and in 1989 he took over as company president and chairman of the board.

For 45 years, Aasheim worked out of the same building on Main Street in Bozeman and watched his company grow from two employees and $100,000 in sales to more than 250 employees and $50 million in sales. Universal now operates 13 retail locations and staffs 50 wholesale salespeople.

For anyone who has been fortunate enough to work with Aasheim, they would say no one has cared about their employees quite as much as he. Aasheim is like family to many former and current Universal employees. He creates an atmosphere of comfort and fun and he is the first to acknowledge when great work is done by an employee. The numerous employees who have been with Universal for 10-, 15- and 20-plus years are a great testament to Aasheim as a leader and a person and the culture he has created within the Universal family.