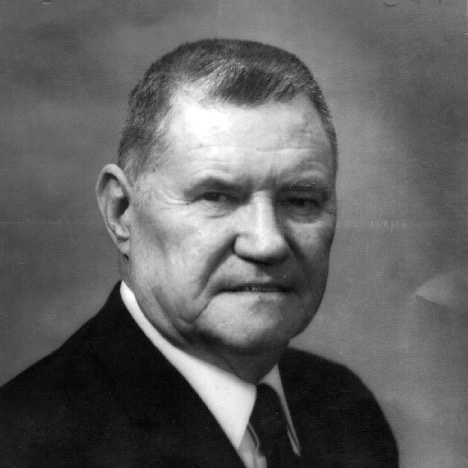 R.D. HULL’s (Deceased in 1977) invention and development of the spincast fishing reel revolutionized the sport. When Hull was first learning to fish as a youngster in a small Texas town he had trouble. But so did veteran fishermen who spent more time unsnarling backlashes than fishing. Having his younger brother take the plug and run around to the other side of a small pond and drop it in was one temporary solution. But it worked only until his younger brother wised up.

As a watchmaker in the late 1940s, Hull continued to relax by fishing. And he continued to suffer a backlash with existing reels. How he adapted a grocery boy’s fixed spool of string into a workable spinning reel is a classic and the spark of today’s spincast fishing reel. Hull was in a supermarket and happened to watch a packing boy peeling cord off the end of a fixed spool. He suddenly had a thought: fishermen got backlashes because the line was attached to a drum. When the drum revolved faster than the line was playing out, the line snared. Attached to a fixed spool, backlash would be impossible.

Hull developed 15 models in more than two years, each getting smaller and all uncovered. Finally he utilized the cover to prevent the line from tumbling off the spool. The Texas watchmaker decided to sell his invention. He quit his job, piled his family into their car and took off. When he pulled up in front of the Zero Hour Bomb Co., in Tulsa, Oklahoma, little did he know that his invention eventually would propel the Tulsa company into an industry giant, better known as Zebco Industries. In the 26 years Hull worked for Zebco, a division of Brunswick Corp. since 1962, he introduced 26 models of his reel. Currently 16 are in full production with two more in the prototype stage. Zebco grew from a tiny Tulsa manufacturer to a company making more than 30,000 reels daily.