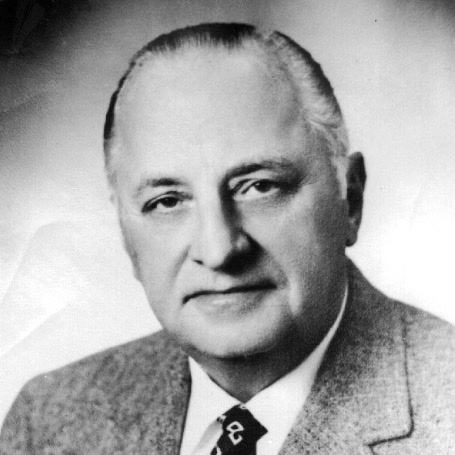 The contributions of the 1964 Sporting Goods Industry Hall of Fame award honoree to the sporting goods industry over a period of 33 years of active association are widely recognized. They cover almost every facet of the industry. In the field of manufacturer-dealer relations, the efforts of the winner have been particularly noteworthy. It was S. ROBERT PLETZ (Deceased) of the Converse Rubber Company who, in 1949, first introduced the Fair Trade Policy at the NSGA Show in Atlantic City. Through this move, the entire industry benefited materially as proper profit margins were for the first time assured to the sporting goods retailer. The stabilizing effect of this act upon both retailer and manufacturer set the stage for the greatest period of growth and prosperity that this industry has even know.

Throughout his career, he was a vital force in promoting close cooperation between manufacturer and retailer. His unselfish and untiring efforts to build better business for the sporting goods dealer long have been acknowledged by the trade. He served 18 years as a director of the Athletic Institute and 10 years on the Executive Finance Committee of the Institute. In athletic footwear, Pletz, a devotee of and expert at hunting and fishing, has been a guiding force. His ideas on the styling and comfort of outdoor footwear are incorporated today in much of the sports footwear manufactured by his firm.

Working closely with another Converse leader and Sporting Goods Industry Hall of Fame, Chuck Taylor, and other basketball pioneers, he correlated the famous Chuck Taylor program of educational promotion with Converse sales procedures, thus giving practical dollars and cents vitality to a great educational crusade on behalf of the game of basketball.

Robert Pletz wrote a seldom-paralleled chapter in the history of America’s sporting goods industry. He, quietly and without fanfare, affected changes for the better throughout the industry. Beyond duty, his conduct as a gentleman, concern for his fellow man and his generous giving of himself to the welfare of the industry, combine to distinguish Bob Pletz as a most worthy and illustrious addition to the Hall of Fame.