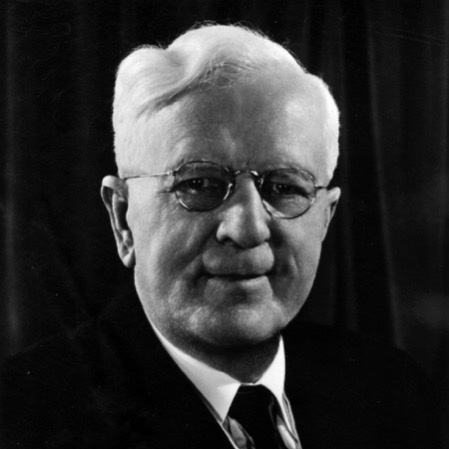 One of the modern pioneers of America, WILLIAM COFFIN COLEMAN’s (Deceased November 2, 1957 at age 87) company made outstanding development in hunting, fishing and camping equipment and produced major contributions to the pleasures of outdoor living. Born of pioneer New England stock, whose ancestors include eight generations of Quakers, William Coleman came to La Bette County, Kansas, with his family, by train and covered wagon, in 1870. That was rugged country in those days. His first ambition was to become a teacher, so he attended State Teachers College at Emporia, Kansas. Later he decided on law, which was the turning point of his life.  To pay his way through law school, he worked as a typewriter salesman. While selling, he became interested in a gasoline lamp and bought out the company that manufactured it.

Thirteen years later, in 1914, his company introduced the famous Coleman gasoline lantern, which opened up brand new vistas in the sporting goods field.  Some of the “firsts” produced by the Coleman Company include the camp stove in 1921; an instant lighting device for gasoline pressure appliances in 1929; and during World War II, the famous G.I. pocket stove, used gratefully by more than a million servicemen during that conflict. Until his death, William Coleman worked energetically to maintain his company’s high standards of manufacture and to continuously bring forth new products to add to the increasing enjoyment of Americans everywhere in outdoor living. In so doing, he contributed largely to the sporting goods industry.