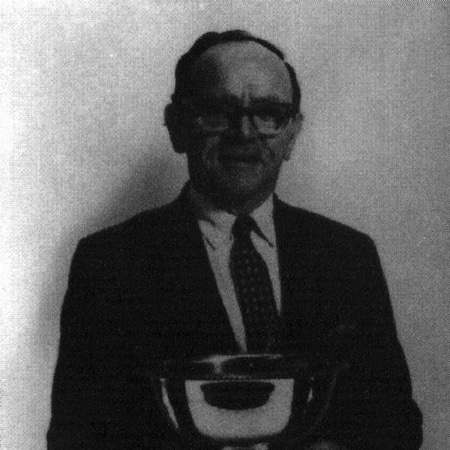 WALTER MONTENEGRO (Deceased November 3, 2009 at age 100) spent more than 45 years in the manufacture and distribution of tennis and squash racquets and equipment. During that time, he became dedicated to the improvement of racquet sports, especially through the ownership with his son of the Cragin-Simplex Corporation. Mr. Montenegro also was active in the affairs of service organizations and he helped found and manage that association’s Manufacturing Division.

In 1961, he was instrumental in changing the nature of squash and increasing participation in it by developing and producing a new ball known as the “Green Diamond.”  The “Yellow Diamond,” developed soon after, helped make squash a year-round sport for the first time by making it easier to play in the summer months. Mr. Montenegro also published a precedent-setting magazine devoted to squash, which was distributed monthly and was free. Prior to it, there was no publication dedicated to publishing current news about the sport.

Mr. Montenegro served as treasurer for the World Professional Squash Racquets Association and starting in 1947 donated its annual championship trophies. He was honored many times for his contributions and service to racquet sports. In 1974, he was honored with a testimonial dinner for 42 years of service to racquet sports. He has been named “Man of the Year” by the North American Squash Racquets Association and presented with its Ketcham Trophy.