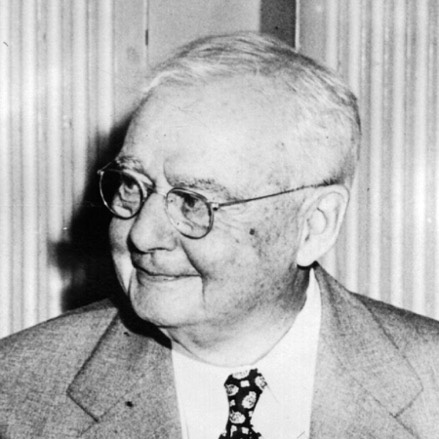 An ardent fisherman throughout his life, WILLIAM SHAKESPEARE’s (Deceased) love for the sport led to his becoming the first to patent and manufacture the levelwind reel, a development that helped make plug casting a national sport. As a young man he – as well as a number of people in other parts of the country – was trying to develop a fishing reel that could be used for sport fishing, which at that time was unknown. He wanted to make fishing easier and more enjoyable for more people. He turned out his first reel on a jeweler’s lathe and developed a device for winding the line evenly back on the spool without using the fingers to distribute the line.

In 1896, at the age of 27, he was granted the first patent on a levelwind reel. In the following year he opened his own factory to manufacture reels that have long since become world famous. Later, William Shakespeare perfected a light, accurately applied brake, which acted upon the spool to prevent “backlash.” With this important innovation, Shakespeare’s levelwind reel became trade-named the “Wondereel.” Because William Shakespeare, through determined and successful efforts to invent a levelwind reel, created a new industry, we are proud indeed to elect him to the NSGA Sporting Goods Industry Hall of Fame.